Vu Dai village boasts its traditional braised fish - 5.0 out of 5 based on 1 vote

Vu Dai village used to be the poorest in the region as the local soil is unsuitable for farming. With no chicken or beef to make a good meal for Tet, local people decided to create a delicious dish from fish, which is abundant in the village. Elderly Tran Ba Luan recalls that on the 23rd and 25th day of every 12th lunar month, villagers caught fish and distributed them to each household to make a special meal for Tet. 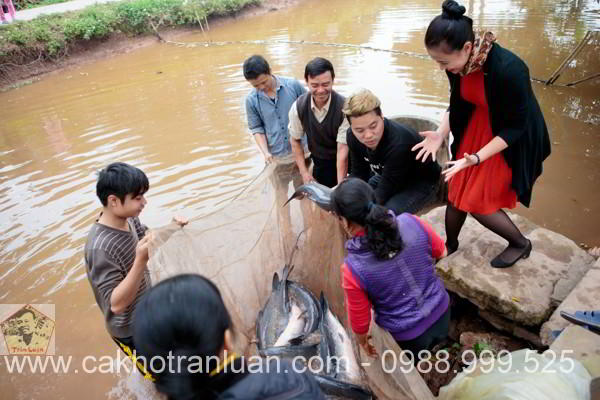 Luan says black grass carp is the best for the dish, which only uses the fish’s body, not the head or tail. Each fish should be raised on natural food and be mature, weighing three to five kilograms. The fish is mixed with ground pepper, salt, and ginger until those ingredients are well-blended. The earthenware pots, made by pottery artisans from Thanh Hoa and Nghe An province and washed in boiling water, are covered with a layer of ground alpinia before pork, ginger, and the fish are put in. Sauce from ground freshwater crab is poured into the pot so that it soaks into the fish, making it tastier and more succulent before the dish is covered by another layer of ground alpinia. Finally, lemon juice, fish sauce, and boiled syrup are added.

Local villager Tran Thi Nga says: "It’s much cheaper to use aluminum pots to make this dish. However, this doesn’t produce the unique taste we want. The fish must be cooked in earthenware pots from Nghe An or Thanh Hoa province to make this dish perfect. The juice added to the pot must be made from ground freshwater crab following a method passed down from our ancestors.

Adjusting the fire to cook the dish is an important step. The wood should be from longan trees to ensure the unique flavor of the dish which needs to simmer for more than half a day, according to Tran Ba Luan: "The key aspects are mixing the ingredients and having the fire just right so that the fish simmers for 14 to 16 hours. Experienced cooks can tell how much water is left in the pot just by hearing the sound of the boiling water and whether the dish is salty or not by smelling it."

The dish has brought fame to the village, becoming very popular across Vietnam. Today, most of the villagers are involved in this trade, selling their fish braised in earthenware pots not only in domestic but also in overseas markets. Nguyen Van Tuan, a Vietnamese who lives abroad, says: "I was told by my friends that this village is home to the famous dish of braised fish. So I came here to taste the dish myself and order some pots for my friends in Russia." 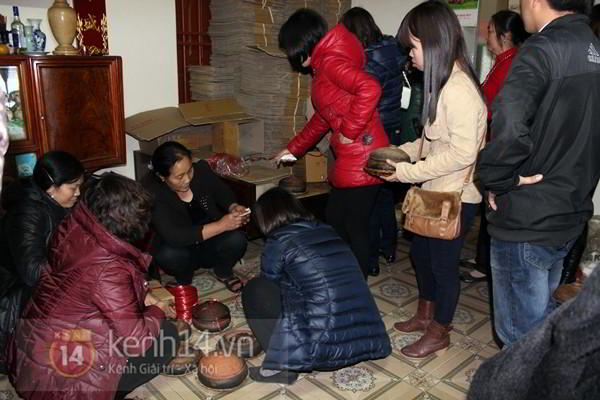